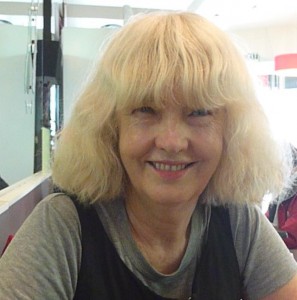 Georgina Murray is associate professor in Humanities at Griffith University in Brisbane, Australia, in the Centre for Work, Organization and Wellbeing. She lectures in political economy. She is the author of many articles and papers as well as Capitalist Networks and Social Power in Australia and New Zealand (Ashgate, 2006), co-author of Women of the Coal Rushes (UNSW Press, 2010), and co-editor of Financial Elites and Transnational Business: Who Rules the World? (Edward Elgar, 2012). Her research has focused on several areas of sociology including networks of power, gender, work and sustainability. Her current projects include an Australia-wide survey on mineworker wellbeing, research on the top one per cent, and a study of finance capital and sustainability.

She has worked as an academic in Australia and internationally (China, South Africa, Norway and New Zealand) for 23 years. Her early research focused on gender and the legal profession, in New Zealand.

Subsequent research has centered on issues of class and networks of power. This makes up the biggest single body of her work and its focus has been on a range of countries including Australia, China, South Africa and New Zealand. Results in this research area have included a number of articles and books, for example, Capitalist Networks and Social Power in Australia and New Zealand. It has also led to her giving guest lectures in universities in Hamburg, Bergen, Melbourne, Auckland and Sydney, as well as helping to organize related conferences in Moscow, Prague, Brisbane and Tokyo. In 2010 she was elected Vice President of the ISA Economic Sociology Group.