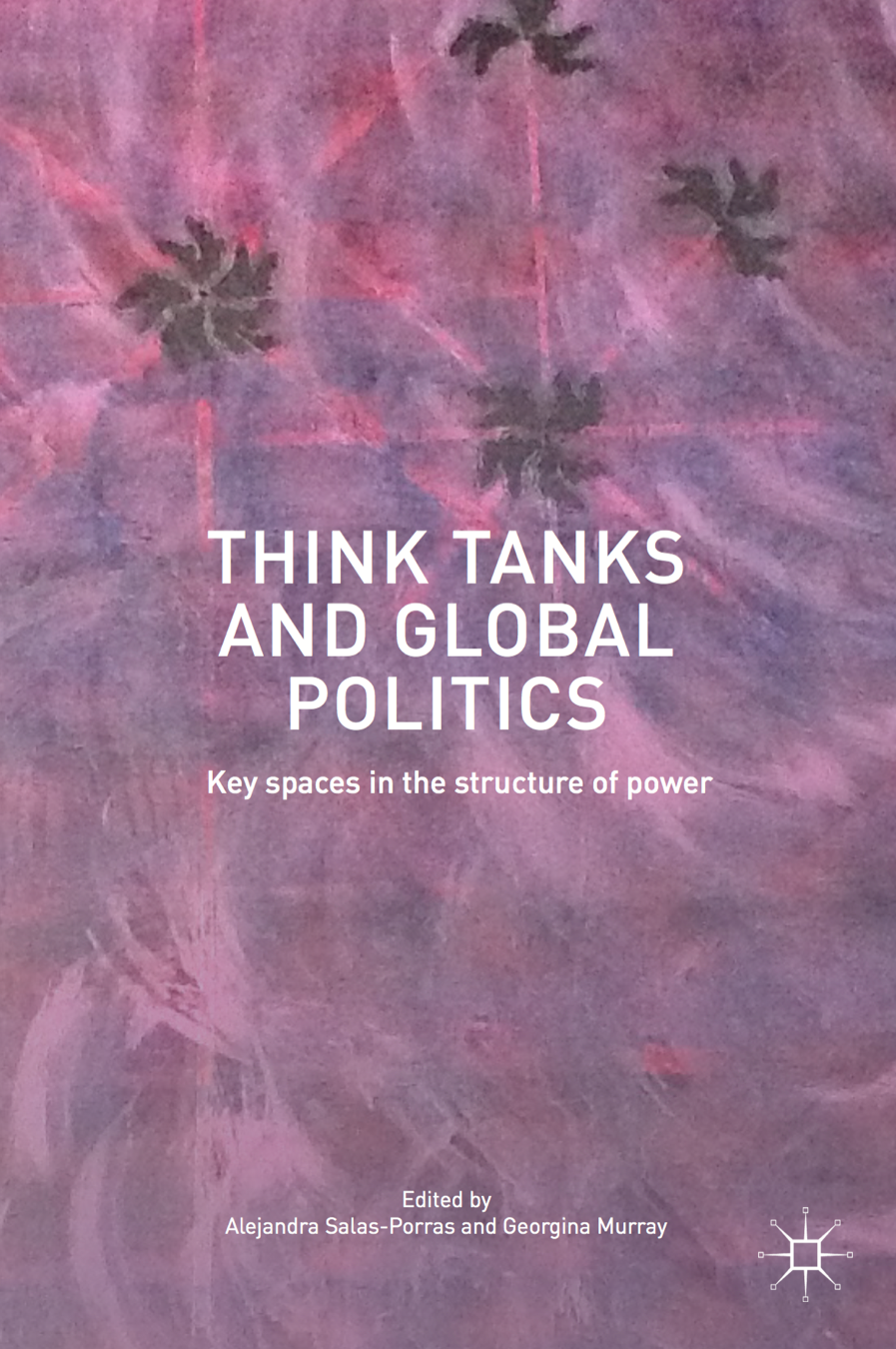 Think Tanks and Global Politics: Key Spaces in the Structure of Power

We are pleased to be able to bring you our controversial book about think tanks and their machinations. We have worked from a broad definitional base of what a think tank is, which includes those organizations that specialize in researching and disseminating public policy ideas. But our lens focuses on the world of politics through the eye of power: who has it, who uses it and who controls it. This takes our definition of think tanks further than the standard meaning to elaborate on the role they play in constructing, reproducing and (in a few cases) challenging prevailing relations of authority and influence. So we add to our queries a question about their roles in key organizational networks that enable them to produce and disseminate policy ideas to assist elites in the construction and exercise of, as well as challenges to, power – particularly through knowledge production, concentration and mobilization. They are, we suggest, the permanent [but covert] persuaders.
We move from the existing ‘liminal’ position occupied by think tanks in the literature, which makes them look neutral, objective and independent, distanced from particular interests, to a new perspective that focuses on their relationships with structures of power (at the global, regional and national levels). Traditional analytical distancing from sites of power may have enhanced the think tanks’ ability to persuade, as it allows them to disguise, or at least make less obvious, their connections and commitments to power, power elites and particular interests in general. We have taken it upon ourselves to look forensically at these covert institutions and their relations with power, to assist with the academic process of examining their accountability.
We do not suggest that all think tanks take the same paths or have the same objectives or interests. They do not. They follow different paths, and this is where the expertise of our international authors from Mexico, Australia, Canada, Europe and the United Kingdom are able to provide us with unique insights into how think tanks operate. They give us a drone-like comparative look across their different locations, functions and order – thus one group of think tanks specializes in neoliberal persuasion on policy makers in executive or legislative branches, while a second group targets the way public opinion is targeted to produce a groundswell impact that ultimately makes their bargaining position more effective. A third group – more internally oriented – aims to persuade members and participants of a particular idea or policy approach, to develop forms of cohesion and solidarity among elites, reconciling divisions, mobilizing members and projecting a unified vision to increase their leverage vis-à-vis policy makers, labour and government officials. Some think tanks combine to different degrees these and other mechanisms to convince or put pressure on policy makers. Opposing the right are the alternative policy groups and left-wing think tanks that devise similar strategies to gain credibility, but are focused instead on rolling back the neoliberal agenda; they operate from opposing activist communities.
In short, this book focuses in all those organizations that create ideas to influence policy and activist communities, particularly think tanks and employer (business) associations.
Alejandra Salas-Porras and Georgina Murray
July 2017

Purchase
Back to books listing